Mondulkiri province officially Mondul Kiri, is a province of Cambodia. Bordering the provinces of Kratié to the west, Stung Treng to the northwest, Ratanakiri to the north and the country of Vietnam to the east and south, it is the most sparsely populated province in the country despite being the largest in land area. The Capital of the town is Senmonorom. Mondulkiri Province is the well known place for visiting at dry season and best province for enjoying by nature surrounding.

Getting to Mondulkiri Province

Place to Visiting in Mondulkiri Province

Mondulkiri Province is the main attraction for tourist and it is the home indigenous ethnic group people living for centuries and remains a center for cultural diversity in this region. These minority such as Phnong, Stieng, Kuoy, Tum Poun and Charay people continue to depend on the natural resources of Mondulkiri province for their survival.
Mondulkiri Province the only place to visiting by nature surrounding and along the mountain view also the good place for adventure, relaxing, good to know about the culture indigenous ethnic group people. 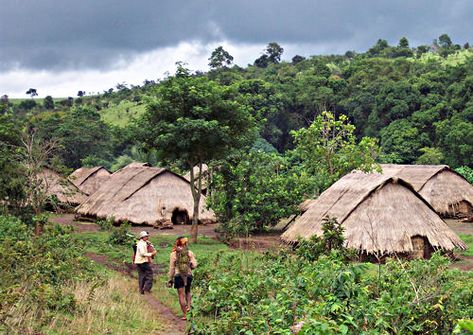 The Pou Lung village is located along the mouth's valley which features many natural attractions such as mountains, grass fields, and wildlife. The Pou Lung villagers are predominantly indigenous groups such as Phnong, Krueng, and Stieng where their way of life is in agriculture. The village has many traditional houses constructed using old-style methods,Moreover Pou Lung Village is the main tourist attraction in destination of Mondulkiri Province 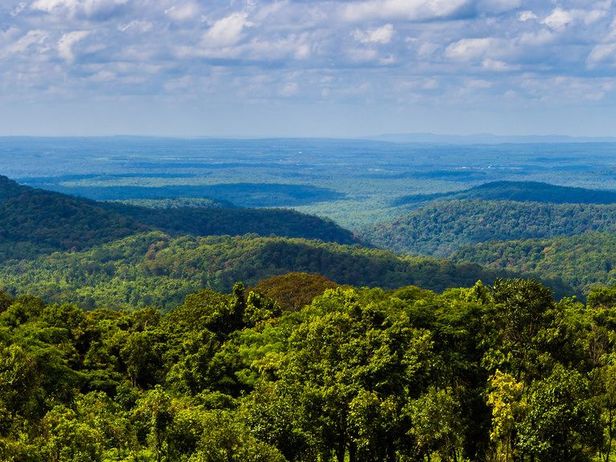 Sea Forest is the beautiful landscape forest on the top of mountain in Mondulkiri Province or often call Bai Chow Mountain that are very amazing place for relaxing place with the nature,Moreover sea forest is very the smart nature there are charge the color of grass by season,even on dry season the landscape view are become the golden and Raining season landscape will become green nature. Actully sea forest in Mondulkiri is top popular place for photography. Sea Forest Phnom Bai Chow is in the category of the mountain, innovation, and eating place. Things to do, as well as the attractions of Sea Forest Phnom Bai Chow for tourists such as view mountain landscape, places to eat, camping, see sunset views and more. 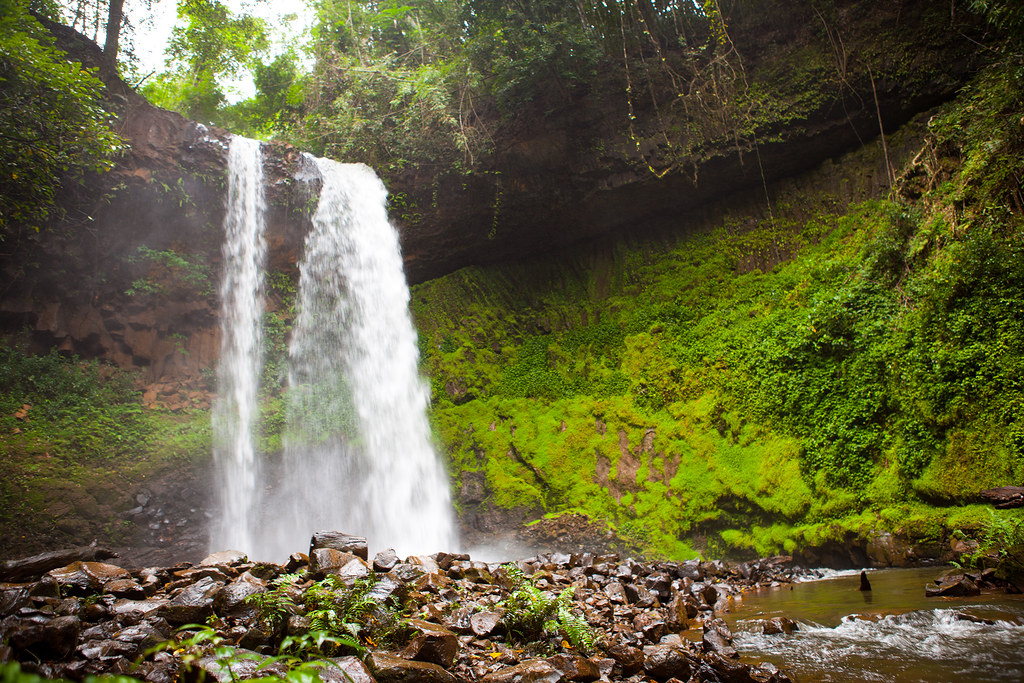 Sen Monorom Waterfall or often called Domnak Sdach Waterfall is the closest waterfall to the provincial town of Mondulkiri. It is located in the southwest of Sen Monorom district with the distance of 5km by red soil trail. You can easily reach there by motorcycle. There is a pool at the base of the waterfall where you can swim even in dry season the water has 7-9 Meters high and 5-4 diameters,Moreover Sen Monorom Waterfall one of the only other waterfalls around Sen Monorom that you can easily get to on a motorcycle and without a guide. Monorom Waterfall also tends to be less crowded than the very popular Bousra, even though Monorom is closer to Sen Monorom town. It has only one nice broad major fall, but the current is still pretty strong during wet season. There is no food for sale here most of the time, and no parking attendant to watch your motorcycle, so come prepared. 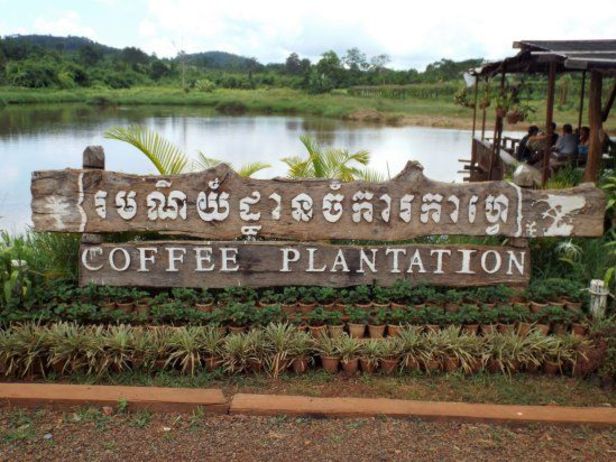 Coffee Plantation Resort is one of the famous and most visited resorts in Mondulkiri Province because of its beautiful view of the coffee farm. It is located in the northeast of Sen Monorom by traveling around 3 kilometers from the Kouprey roundabout. At the Coffee Plantation Resort, there is not only the coffee farm but also many kinds of flowers and plantation such as durian, pepper and many other plants. Moreover, there is also a beautiful lake along with a small restaurant beside it, where you can enjoy your coffee with the view of the lake and the coffee farm. Most visitors usually spend only a half-day tour at there, but you can also have an overnight stay too because they also provide bungalow for anyone who wants to spend more time to enjoy the view. I 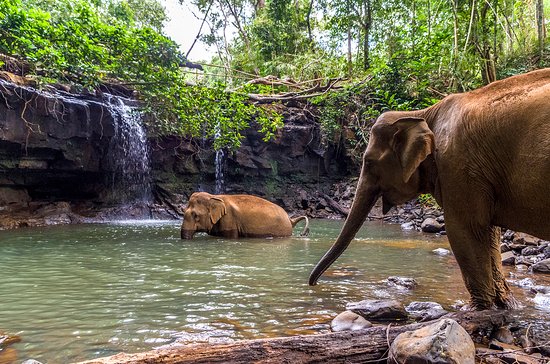 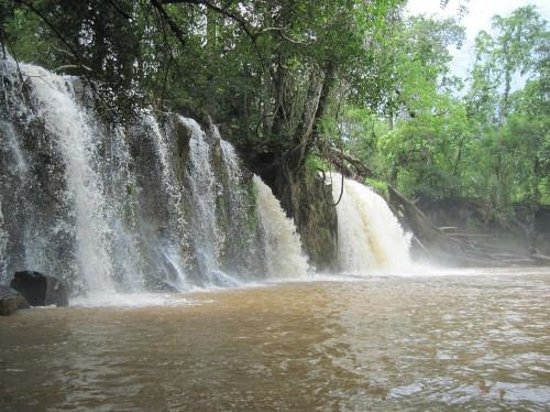 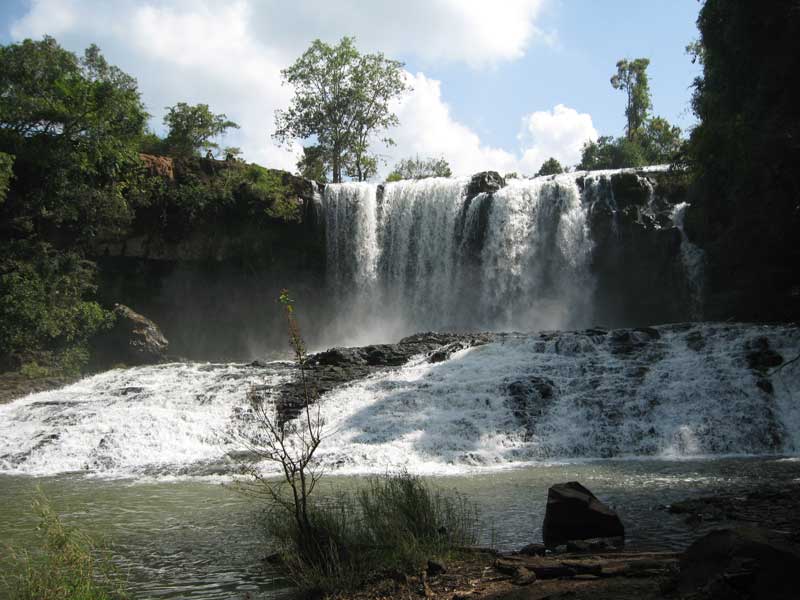 Bousra Waterfallis the attractive place for viting in Moudulkiri Province the north of Cambodia,The waterfalls itself are nice and very strong when we were there. Bousra waterfall is the largest and the most beautiful waterfall in Mondulkiri, which is located in Pech Chreada District, 43 kilometers from Sen Monorom. It takes about 1 hour to travel from Sen Monorom on the red soil road. For transportation, you can rent motorcycle (for about $15) if you don’t have your own transportation and it costs 5,000 to 10,000 riels admission for the developed touristic part of the waterfall. Bousra waterfall is so big that it is divided into three stages. 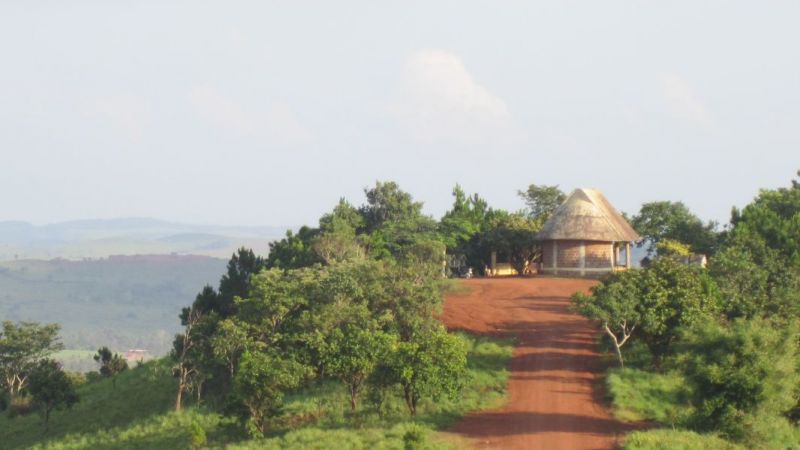 Yok Sros Phlom or Phnom Dos Kramom Resort have located in located in Dos Kramom Village, Sokhdom Commune, Sèn Monorom District; 3 km away from the provincial town. It can be accessed by path.There many of families living in the Phnom Dos Kramom area of over 100 ha, whose main occupations are farming. This resort is managed by the Department of Culture and Fine Arts. Its main point of interest is the mountain covered by grass from its foot to its top, which big trees hardly grow on except near valleys and streams. The mountaintop overlooks the beautiful landscape of the provincial town of Mondulkiri Provinceand majestic natural mountainous forest. Yok Sros Phlom or Phnom Dos Kromom Resort is the good place for staying and exploring for whom are good at enjoyed with the nature and silent. 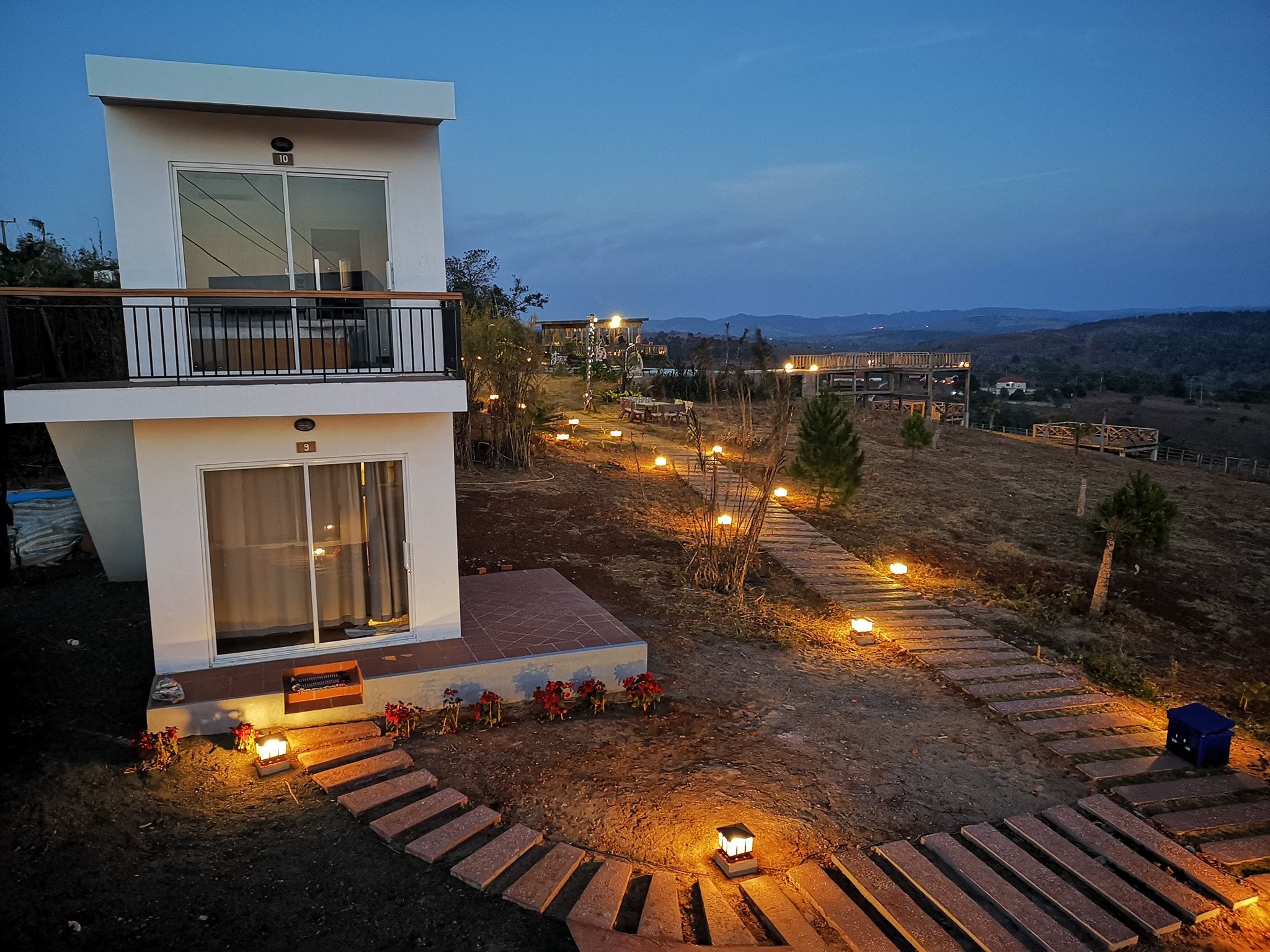 Ayana Kandara Boutique Hotel is the excellent location place,just a short drive only 5 kilometer from the Mondulkiri town.
Ayana Kandara Boutique Hotel is a beautify surrounding by pine trees forest and also has a great view from the hotel and an infinity pool toward the horizon.The price of using pool is about 5$/adult it's a nice handful on a hot day,Moreover that relaxing place is good at for BBQ and drinking at night time.
Their Service: This place have available space for BBQ but got food to order. You might have to bring your own food to cook due to they are providing only room booking it doesn't has food service.
Accommodation: For room available are Single/Double bed, and price range from USD 40-50/night depend on high or low season,Actually highly recommend to stopping here to stay or at least for a swim or a drink and looking at the scenery.

Other Destinations in Mondulkiri