Ratanakiri province located in the remote northeastIt borders the provinces of Mondulkiri to the south and Stung Treng to the west and the countries of Laos and Vietnam to the north and east, respectively. The province extends from the mountains of the Annamite Range in the north, across a hilly plateau between the Tonle San and Tonle Srepok rivers, to tropical deciduous forests in the south. In recent years, logging and mining have scarred Ratanakiri's environment, long known for its beauty.

Getting to Ratanakiri Province

Traveling to Ratanakiri Province is bout 514 kilometers which duration around 10 hours to reach the province town.
So there are two type of bus company are available Vireak Buntham, Heng Sokkhoeun Express that available with departure time from 6:00AM-8PM.

Place to Visiting in Mondulkiri Province 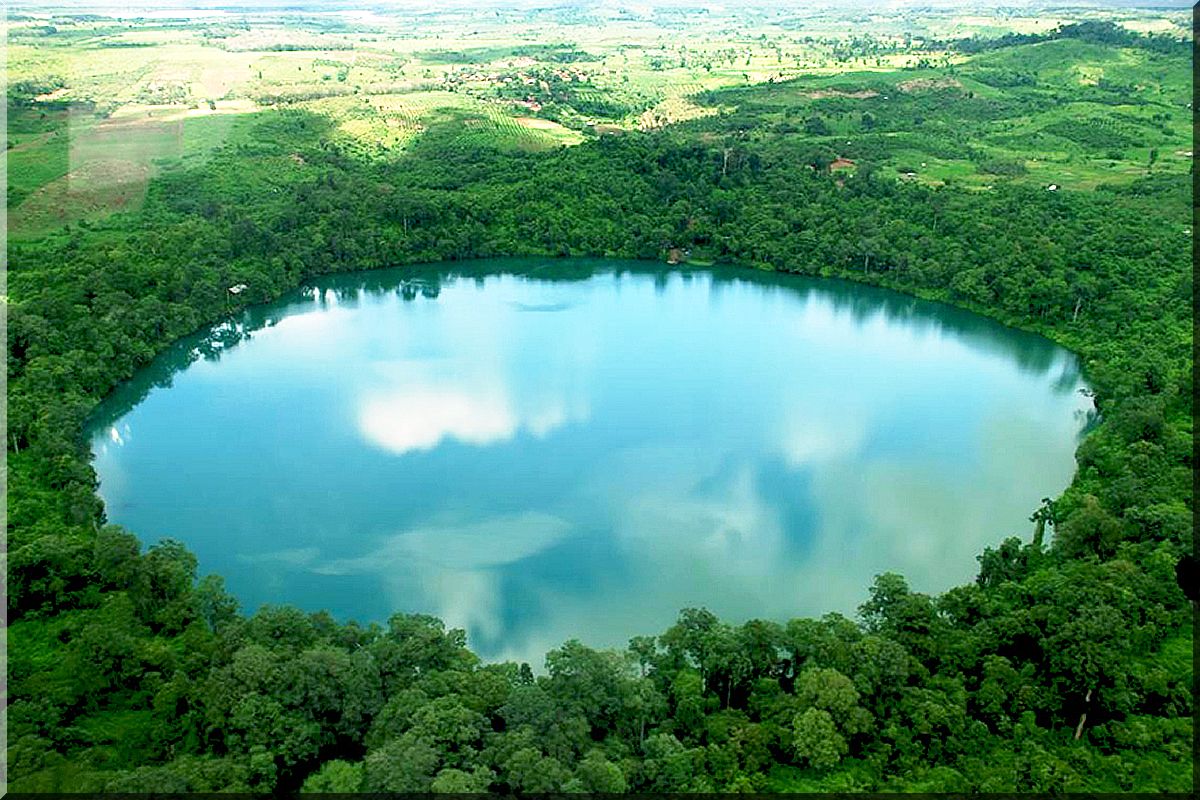 Boeng Yak Loumhas a very nice lake where people love to go and enjoy the view around there. Boeng Yak Loum actually called Yak Loum Lake. Yak Loum lake consist of many historical of where this lake come from.
This place is surrounded by forest. Once you reach over there, when you look around, you can only see a lot trees with a huge lake in the middle 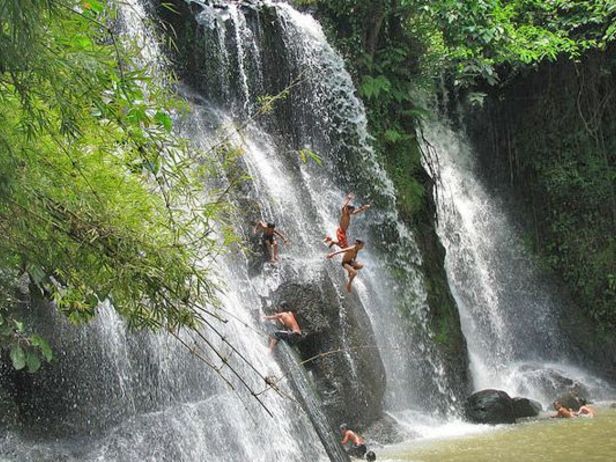 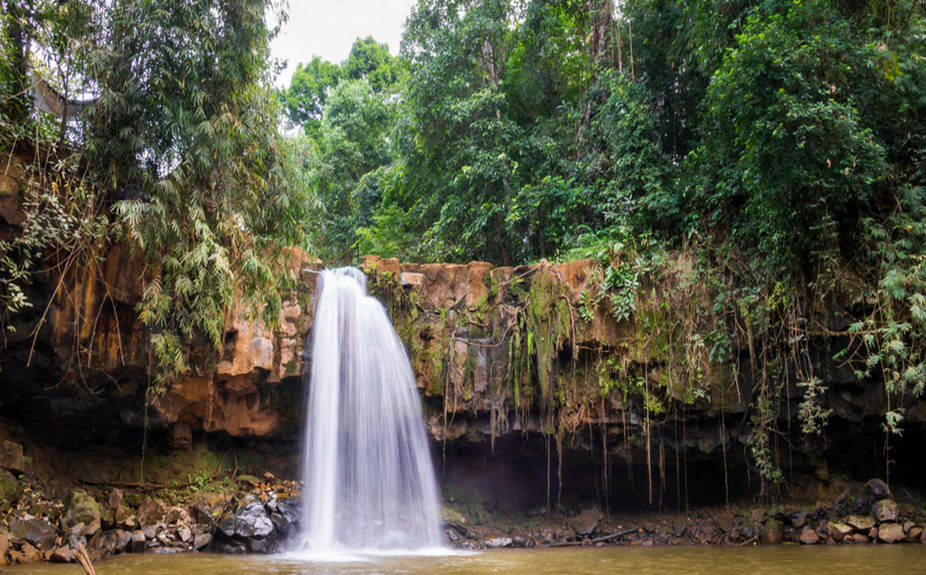 Kachanh Waterfall is one the beautiful waterfall in Ratanakiri Province. It's very nice place where you don't want to miss it when you arrive Ratanakiri province.While arriving at the place, first thing you want to rush into are walk on the bridge and swimming. And you can also riding bicycle from balung city, it only take 30 minutes. There also a place where you can ordering food to eat. 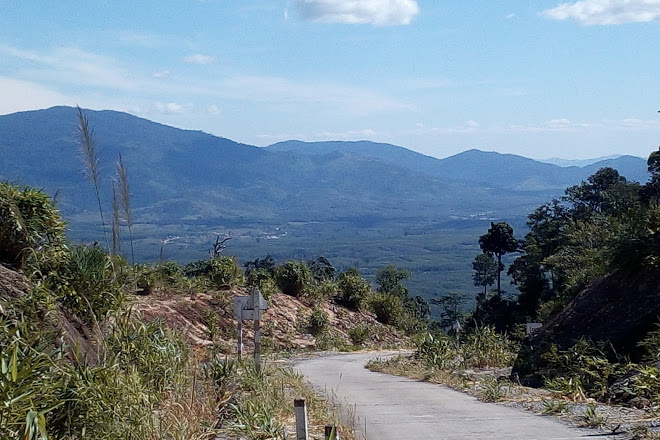 Veun Sai District is a district located in Ratanakiri Province, in north-east Cambodia. The town of Veun Sai is located in the district. It is approximately 38 km north by road of Banlung and is located on the Tonlé San River. The headquarters of Virachey National Park are located in the village. The village is populated by Khmers and many ethnic minorities including Kreung, Lao, and Chinese. Across the Tonle San river are a small Lao village and a small Chinese village. 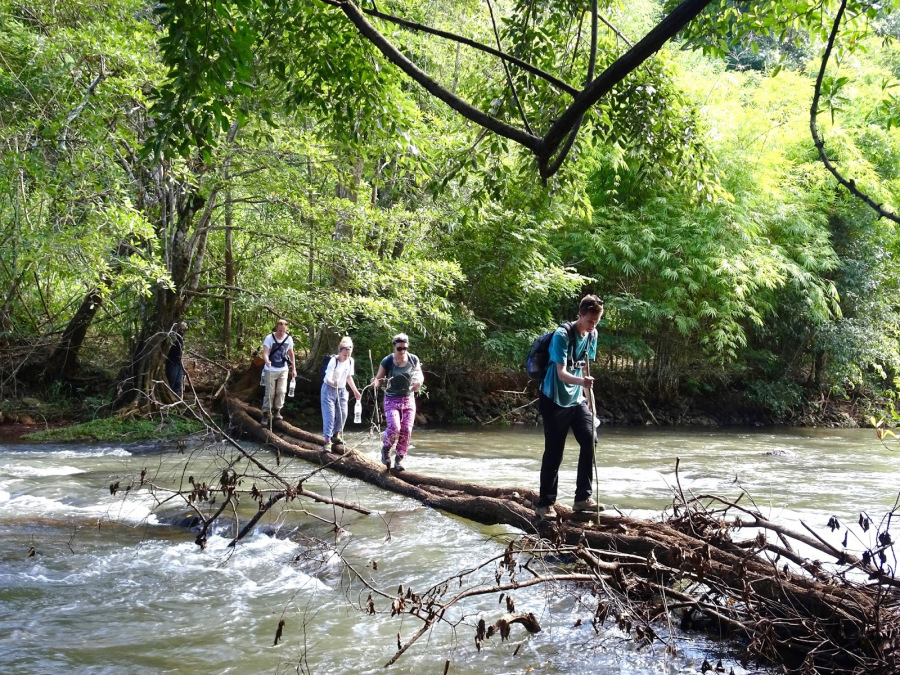 Other Destinations in Ratanakiri